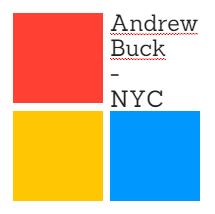 I doubt social media platforms could trademark the line “make new friends, but keep the old” but, in a nutshell, that’s about what they do. Sometimes, it is nice to stay in touch, especially when you have a positive history to share. For example, on Linked-In I noticed an announcement for the Jenkins Johnson Gallery exhibit “Dialogues in Drawing” celebrating the work of women artists across generations. The exhibit, curated by Natasha Becker, is on view through May 13, 2017. This thoughtfully diverse exhibit includes recent two-dimensional work by Donna Dennis, Professor Emerita of SUNY Purchase.  It triggered recollections of my brief personal/artistic encounters with artist/sculptor Donna Dennis back in the early ‘90s. At the time, I was a young, elementary art teacher working on my Master’s degree in Administration with a Visual Arts Focus at Bank Street and Parson’s School of Design. During the summers in Manhattan, our program advisor would take us around the city visiting artists in their studios. We also took jaunts to local cultural treasures such as Snug Harbor, the Cloisters, or the Socrates Sculpture Garden which would be new and interesting for us out-of-towners. Back in the ‘80s and ‘90s there was quite an aura about being a New York City artist. That was a big deal.  Imagine our excitement on the day we meandered into Donna Dennis’ loft studio in the Tribeca area. She gave us a quick walk-through and presented a slide show of her artwork as it had evolved over time.  I was intrigued. I also noticed an interesting connection between an early piece and a happening which occurred much later in an installation of hers in a bog area. I shared my insight with Donna and it seemed to resonate with her.  I think of this process as mirroring.  Impression made. Two summers later, at the conclusion of the program, I was doing some ceramic work at the 92nd Street Y on the upper east side. I can’t recall how it came up, but we must have crossed paths again. Donna was making large-scale, very dark gouache/water color paintings of bridges, with something like watch towers or look outs, punctuated with minimal amounts of highly charged chartreuse or fluorescent green.  I suggested making a set of earthenware plates which she could underglaze with her imagery since that’s what her work made me think of. She joked back how it would make a tantalizing dinner party where she could serve pasta made with black squid ink. Of course, I had never heard of such a thing before, but I threw and trimmed five or six earthenware plates for her on the potter’s wheel to the best of my ability. We managed to get one or two test runs through the kiln before time ran out on me and I had to leave the city left to go back to teaching. We lost touch after that; but I believe she finished the rest at a friend’s apartment kiln. Nothing for show. Nothing for sale. Who knows if those plates are even still around?  It doesn’t matter. They were made to use and enjoy for a dinner party or two. I ended up with a wonderful story to tell and a meaningful connection with an artist created at a time when most folks sought to be and bring out the best in others. To me, that is art and life at its best!