On Thursday June 8, 2017, as the temperature dipped to a chilly 58 degrees, the Southampton Arts Center scored big when it hosted Out of the Question, a talk organized and moderated by Warren Strugatch focusing on the passion and business of art. Panelists included Eric Fischl, painter, sculptor, and printmaker; Toni Ross, artist, sculptor, and ceramist; Rick Friedman, founder, ArtHampton; and Ruth Vered, founder, Vered Art Gallery. In an evening where the conversation could range from Francis Bacon, Basquiat, and fresh basil, members of the audience were treated to glimmers of insight about shifts in the art market and motivations that drive artists, dealers, and collectors. Mr. Fischl’s profound comments figured prominently. He was concise and coherent in getting to the essence of what is distinctive about visual art and why art is valuable from the onset. Walking in, I knew that Fischl was a great artist. From listening to the panel, I learned that he is an effective spokesperson, an intellectual, and wise. He seemed fairly down to earth too.

As strange as this might sound, Eric Fischl reminded me of Clint Eastwood. Maybe it was the aging jaw line or the piercing blue eyes behind the glasses, but there is something to be said about being a long timer in the field and being at the top of the game all along the way. Think about it. Clint Eastwood has a through-line of film production for decades including A Fistful of Dollars; The Good, the Bad, and the Ugly; Unforgiven; Million Dollar Baby; and Grand Torino. Eric Fischl has worked figuratively since the late 1970s as a painter, sculptor and printmaker. That is close to forty years. His work includes Tumbling Woman, Ten Breaths, and Soul in Flight: Memorial to Arthur Ashe, as well as a myriad of paintings which emerged from themes and places including Early Beach, Early Backyard, Early Interior Paintings, and Late America. Fischl’s images represent what he knows, as he depicts versions of existence and reality in its naked truth. His work has changed and evolved over time, as has Clint Eastwood’s. They are also both legendary: Mr. Eastwood in the popular arts (film) and Mr. Fischl in the fine arts world. However, I tend to view Mr. Fischl’s paintings as expressions or containers of a complex set of social, emotional, spatial, visual, and power relationships that deal with intimacy, norms, and social mores. But the panel talk was not about Mr. Fischl or his work; it was a conversation from multiple points of view addressing questions about changes in the artworld (i.e. the “art market”). One critical question was “How do changes in the art market impact on the aesthetic choices of those who create visual art in the studio?”

There seemed to be consensus about significant shifts and changes in the business of art. The panelist appeared to agree that artists’ websites on the internet has significantly impacted the role of galleries in the artworld. If you are an artist and want to be seen, put your work up on the web. However, this overlooks two valuable roles of galleries. Most gallery owners, at least traditionally, spend time with artists in their studios really getting to know them and their artwork, so they can be confident in representing them. The second more important role of the gallery is to place artists in the market where their work actually sells. This is quite distinct from developing an audience (followers??) who look at or view the work and may or may not like it. The internet may be good at cultivating an audience and rapidly spreading aesthetic ideas, but attracting buyers is the real gift and talent of a gallery owner. Some gallery owners, like Ms. Vered are giving up the gallery space, which to her has become more of a “showroom.” She is now shifting her attention to private art dealing. Private art dealers enjoy the benefits of lower overhead yet still rely on relationships and good old-fashioned word-of-mouth to sell work. What is moving? According to Rick Friedman, the Hamptons still sees sales in the blue-chip stock of the art world: Willem de Kooning, Jackson Pollock, Milton Avery, Joan Mitchell, and a Picasso here and there thrown in for good measure. This is the million-dollar plus market segment. Mr. Friedman also seemed fairly confident that there is a sweet spot in the market for paintings in the $10,000 – $25,000 price range, especially for new homeowners who are seeking to dress up their East End getaways. This sounds like a promising segment of the art market for established or emerging artists who have a handle on their craft and whose work has curb appeal. The idea of making a substantial investment in one or several works of art for one’s home also draws attention to another short-coming of the internet when it comes to marketing art. While the internet may expand an artist’s audience, it’s a quick one, two, three, click, click, click, and you’re gone. Purchasing a work of art and putting it in your home means you are going to get up every morning and look at it, just as you might your spouse, children, or pets. The bottom line is, it better be something you love. Art in the home should definitely give the owner some sort of satisfaction one way or another.

Being surrounded by the diverse voices on the panel seemed a little bit like being inside of a Picasso painting from the cubist era. As ideas were shaken up and stirred, the threads of conversation traveled hither and yon, like light bouncing across multiple edges and planes. This brings me to Toni Ross, who I did not have the pleasure of speaking with afterwards in the post-panel meet and greet. Ms. Ross intrigued me for many reasons. First, she is a restaurateur and an artist. Anyone who travels in multiple circles and does well in both has my respect from the get go. Secondly, she is a sculptor and ceramicist which personally I am drawn to. Finally, she said something which most artists can relate to. She said that for now, “As an artist, I am working harder and making less.” It was clear that she devotes regular time for an active studio practice. Her practice also includes making public works of art which in turn become centers of conversation, debate, and community engagement. This expanded notion of art, from private to public, sort of hits the nail on the head when it comes to talking about art, the market, and passion. It’s like asking, who is the art for anyway?

If I can manage to go full circle and bring this to conclusion, I will refer to something Eric Fischl said on the panel, and which he and I talked about briefly during our meet and greet. Art is a distinct domain of knowledge. As he put it, “I paint what I know.” Simply put, artists make work, the work exists, and individual members of the audiences get it (or not). From my point of view, within that context or scenario, there exists valid, inter-subjective claims for truth and knowledge of the world. Art doesn’t work the same way as empirical science, but it does have legitimacy as a way of knowing and understanding the world. Art is more intimate in scale than science in terms of its explanatory powers. It rests upon the relationship of individuals with the artwork. I imagine that is why good art has the power to move people. It speaks to the truth of our existence. Perhaps that is why meaningful art moves some people to open their pocketbooks as well. 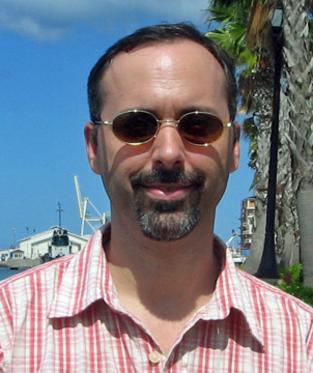 Andrew Buck (Andy) is an independent arts writer offering an interpretive voice for popular and sophisticated audiences. He is a resident of New York City, a graduate of Oberlin College, and an occasional maker of art.