Andy Warhol – From A to B and Back Again
at the Whitney Museum of American Art through March 31, 2019
by Andrew Buck, Ed.D.

The current retrospective of Andy Warhol’s artwork at the Whitney Museum of American Art, Andy Warhol – From A to B and Back Again, gets its name from the subtitle of his book, The Philosophy of Andy Warhol. Warhol’s book, which is still in print, appeared originally in the mid-1970s. The chapters of the book include Love, Beauty, Fame, Work, Time, and Death among others. You can get a used, early hardcover edition for about $72.00 on Amazon. Had Andy Warhol been alive today, he would have been 90 years old. Given his colorful past, I can’t imagine him sitting around reading the monthly AARP magazine. He probably would be vying with the Kardashians for the top spot on Instagram or Twitter with some outlandish post; sustaining or prolonging the proverbial “Fifteen Minutes of Fame” for which he is well known. Remarkably, Warhol doesn’t have to be present to win: the media blitz associated with the opening of the exhibit at the Whitney Museum of American Art is doing the job for him. 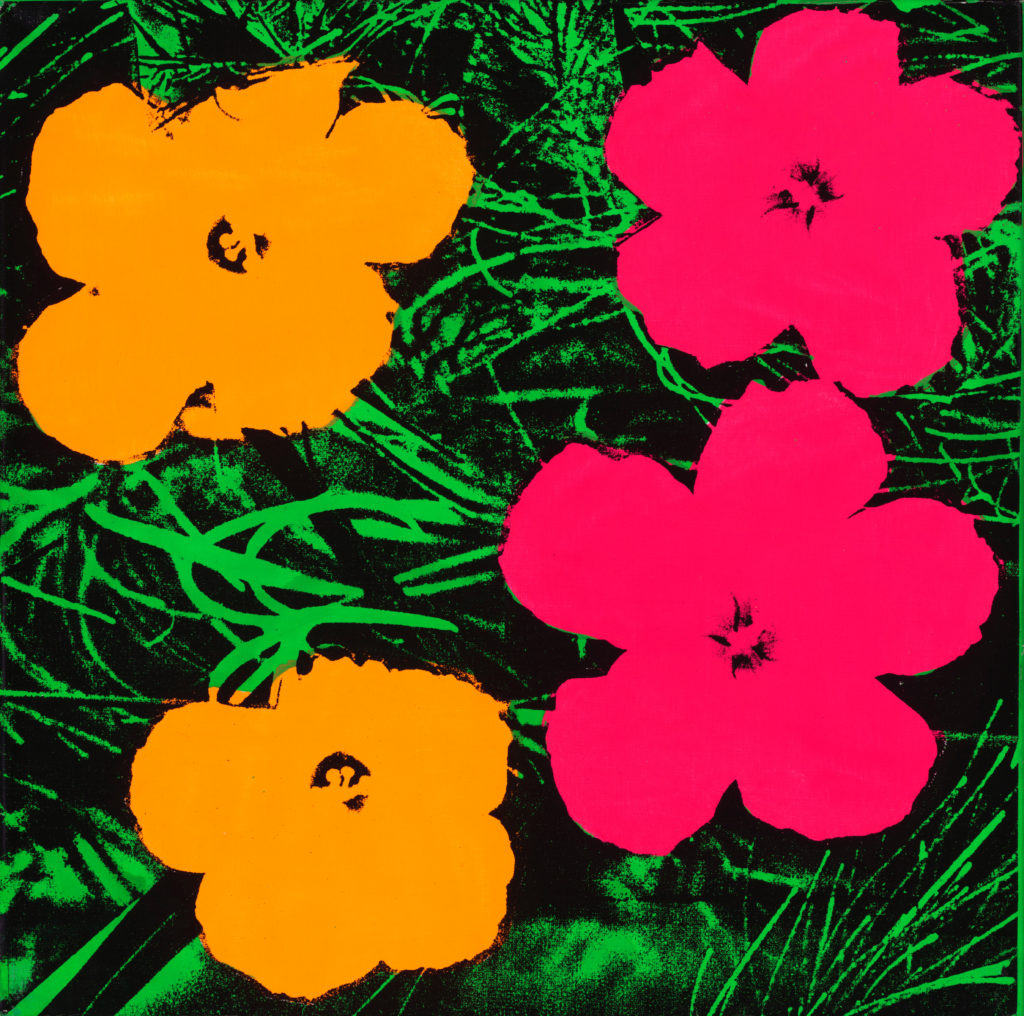 The Whitney Museum of Art is now located near the waterfront of the West Village next to galleries, meat packaging businesses, mushrooming hi-rise buildings, and the entrance to the High Line. The exhibit was organized by Donna De Salvo, Deputy Director for International Initiatives and Senior Curator, with Christie Mitchell, senior curatorial assistant, and Mark Loiacono, curatorial research associate. I give them plenty of credit for organizing the exhibit. The grouping and presentation of Warhol’s artwork, along with the interpretive text (and audio tour) provide a context for understanding the emergence of Warhol’s particular iconography, techniques, and visual styles. Portraits dominated much of the exhibit, highlighting Warhol’s exploration of media that combined printmaking and painting. 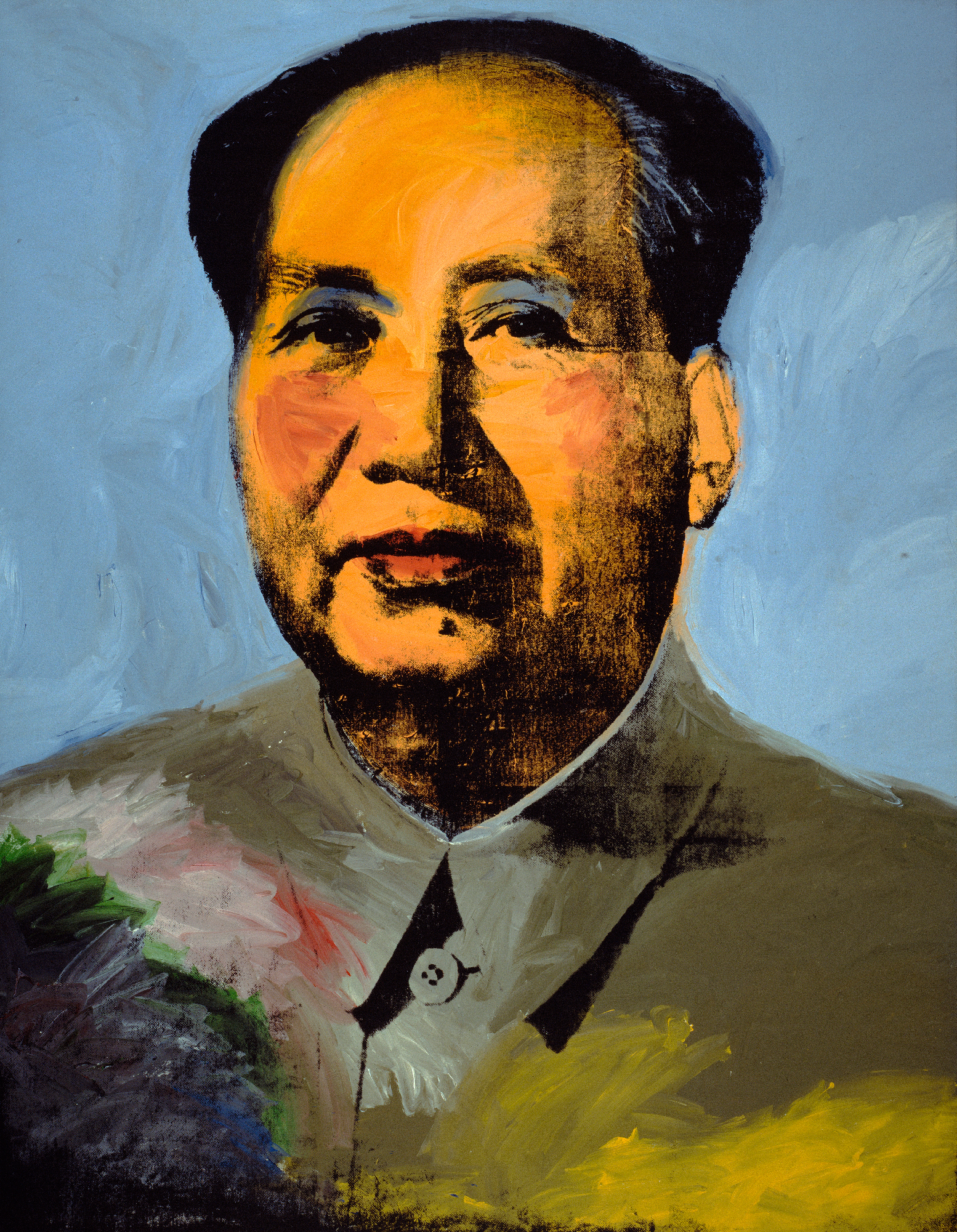 Ben-Day dots of the commercial art world, which Warhol intentionally incorporated into his photo-silkscreen portraits, were one of the signature devices used by Pop Artists of his era. His dirty or sloppy printing techniques were a slap in the face to traditional purists and contrasted highly with the sterile, crisp patterns used by contemporary painters such as Roy Lichtenstein. Warhol exploited the inconsistencies of the printmaking media to raise questions about identity. Creating multiples in print inherently questions the notion of uniqueness. As Warhol varied the thinness or thickness of pigment or ink, adjusted the color palette, and juxtaposed visible brush work against flat colors and textured tones, he played with ideas or issues of identity and perception. The resulting multiple images of Marilyn Monroe or Mao Tse Tung, while grounded in the identity of the personage, took on their own identities as works of art. They became synonymous with the artist, Andy Warhol. His artwork became transfigured into a brand. He was considered one of the leading stars of the Pop Art movement because he transported images from popular visual culture into the world of fine art. Warhol came from a commercial advertising background, so that makes perfectly good sense. Artists draw inspiration from the environment (even if that environment is commercially designed). Moreover, Warhol was known for breaking boundaries; and I wish to draw attention to two or three which I believe are important. 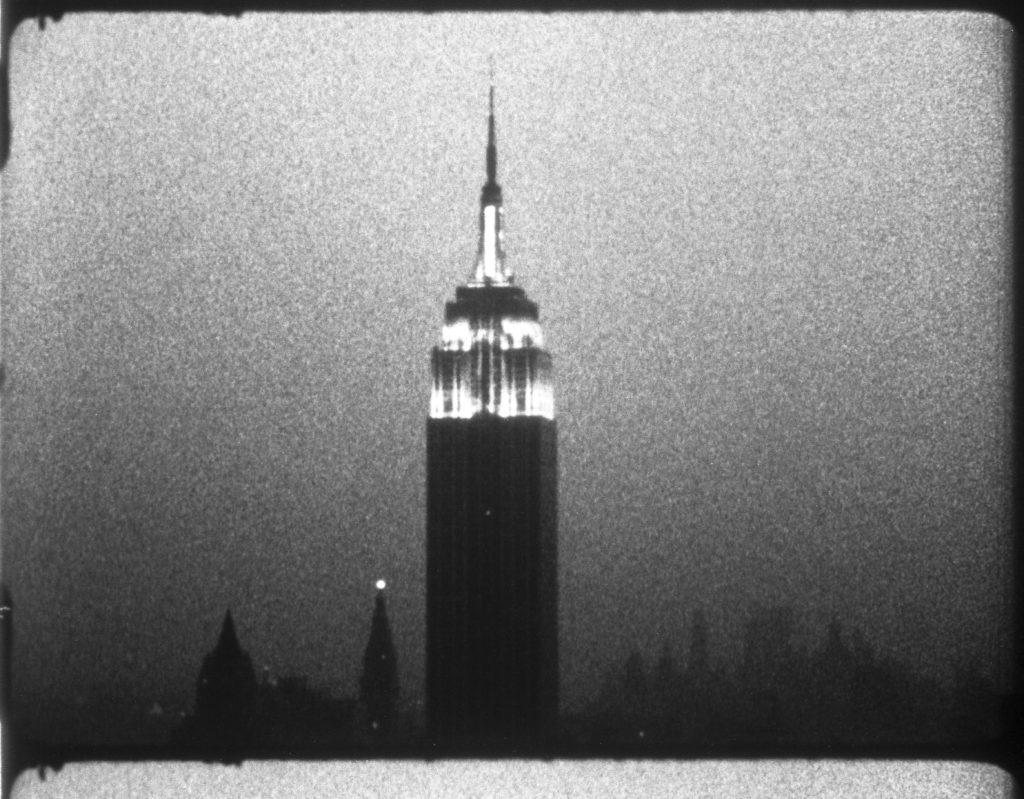 To begin with as noted above, Warhol brought the unabashed use of commercialism into the mainstream world of fine art. The decades of the nineteen seventies and eighties saw a meteoric rise in the commodification and commercialization of fine art. The world of fine art has developed even further since then as a specialized and highly structured world of business or industry. Warhol made a fortune on his work when he realized that artwork associated with his name (i.e. his brand) would be ascribed value. Secondly, Warhol was innately curious and driven. His forays and ventures into film, video, and television production were extensive but not as well known. He was tremendously productive in the world of film. “Empire” remains one of his classics. Thanks to the Whitney Museum of Art, you can get a taste in the media segments of the exhibit or better yet, view them on line at the museum’s website. I imagine Warhol would have been delighted to distribute his works across a networked medium today. More importantly, his cross-over use of media in his time, laid the groundwork for later artists such as Julian Schnabel to do the same. Lastly, and this is probably where he deserves the most credit, he created a disruption in the world of art that gave room for the emergence of conceptual art. The late Arthur Danto, professor of philosophy at Columbia University, wrote an involved philosophical treatise, The Transfiguration of the Commonplace, which later became the substance of his highly acclaimed book on the philosophy of art. Danto was a big fan of Andy Warhol and wrote as an art critic for The Nation. Danto believed that the Warhol’s artwork such as Brillo® Boxes, raised the question, “If there is no discernable difference between a Brillo® Box at home or the store, and a Brillo® Box in the gallery, what makes it art?” For Danto, the art object became “art” by virtue of the idea it contained (or communicated). In this case, Danto saw Warhol raising a philosophical question “What is art?” through his art. After Warhol passed in 1987, the last decades of the 20th century saw a de-materialization of art as conceptual art became a dominant form of practice in galleries and museums. Now in the early 21st century, there has been a resurgence of materiality in the fine arts world. Issues related to identity, politics, sentience, and social and environmental concerns are coming to the foreground in the artworld. It seems that the plethora of contemporary artwork found throughout the globe engenders a multiplicity of simultaneous truths. I guess Warhol was onto something with his multiples all along.